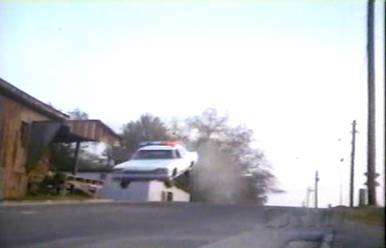 machines and distribute them among the local charities.

It's hard to believe that this episode spawned a seven-year series. Despite a fascinatingly authentic 'southern' atmosphere, it must be said that this is one of the weakest instalments of the entire series.

The warm humour of later episodes is absent and most of the characters are disconcertingly raw; particularly Rosco, who comes across here as your bog-standard sinister corrupt Sheriff.

The action sequences are fairly sparse and the whole production has a somewhat amateurish feel.

Small wonder, then, that the reviews were generally hostile.

Despite the scenic quality of the locations, the show desperately needed a 'sunny, family' tone (despite the regrets of the cast, who didn't enjoy the relocation to for Episode 6 onwards); at one point, an inflatable woman puts in an appearance!

It's watchable enough, but not especially enjoyable.

BEST STUNT. The highlight must be the now iconic sequence (as seen in the opening titles) of the General jumping Rosco's Patrol car in the centre of Main Street.

ROSCO MOMENT.  Despite his more sinister portrayal, Rosco's hijacking of the Piano van is still funny. 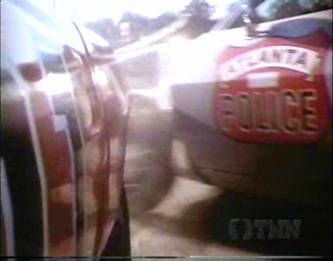 Bo and Luke help to ensure that Daisy receives the Royalties for a song that she wrote.

A much improved effort. The exchange of dialogue between the Duke family is lighter and more assured, with the main characters quickly finding their feet. Rosoe and Boss still need to be softened, but the tone is altogether warmer and more affectionate; with some very fine comedic moments (particularly for the guest character of Lester Star). The action sequences are handled well (especially the frantic chase through Atlanta) and, despite a somewhat anti-climactic ending, this is a strong entry.

BEST STUNT.  The General sideswiping the Atlanta Patrol car. Shot on location in the actual city streets, this is a real   'yes!'  moment. 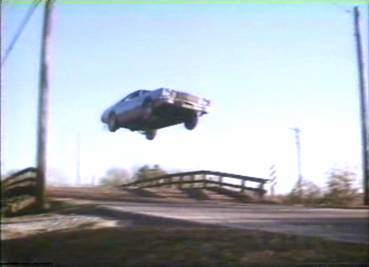 Another shaky  first season episode.  Despite some warm humour, the direction (by Rod Amateu, who also helmed the Pilot episode) is very scrappy and full of continuity holes; and the pace (after a cracking opening) is far too slow. Another point deducted for the 'no-show' of the General Lee; criminal!

REPO MEN.Bo and Luke need to repossess a Rolls Royce in order to buy a racing engine; unaware that the Rolls is being used by a gang of 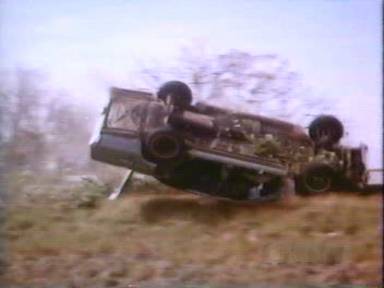 Serious and fairly brutal, this is nonetheless an interesting story, enlivened by some colourful characters.  It's a pleasure seeing Lulu (especially this early in the series) as she added warmth to Boss Hogg's potentially aggressive character (Sorrell Booke hadn't yet managed to make the character sufficiently comical) and Ace Parker has a genuinely seedy, yet comical, personality.

The action sequences are barely adequate, however; until the splendidly destructive final few minutes, that is!

ROSCO MOMENT    His gleeful childlike enthusiasm behind the wheel of the Rolls. At last; signs that he is finally softening!

This is the landmark show! The episode  where  all the ingredients came together. (The well-drawn characters from Episode 1; the humour from Episode 2;the 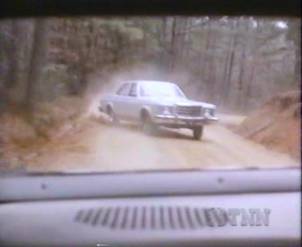 stunt work from Episodes 3 and 4). 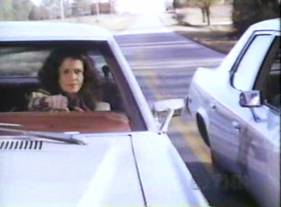 Everything here is in perfect proportion; and, indeed, the series rarely matched this quality again. The story is feasible, yet funny and cleverly twisting. The characters are interesting and affectionately drawn. The stunts are often breathtaking.

The relationship between Roxanne (a lovely performance) and the Duke family is beautifully portrayed and quite plausible; and Boss and Rosco have finally lightened up and play the comically inept family friendly 'villains' to the hilt. A gem.

ROSCO MOMENT   Army fatigues, the General and a ditch. Classic!

BEST STUNT The jump over the Flatbed Lorry. 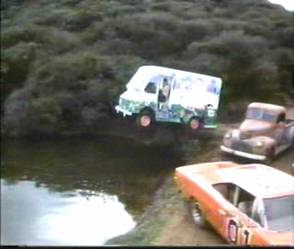 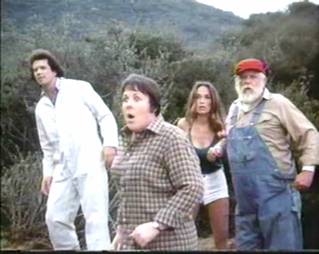 The first show filmed in and the first with the fully recognizable Dukes 'look'. Boss now represents completely pantomime (and therefore harmless) villainy; while Rosco is portrayed as a likeable Clown in a Sheriff's uniform.

It's a lot of fun, although not particularly exciting.

ROSCO MOMENT   The scene where he tries to convince the FBI agents that his officially documented sighting of a transportation of illegal arms was all due to his inhaling swamp gas is absolutely hilarious.

Luke enters the General in the annual 'Obstacle race' not knowing that Bo has made a bet that, in the event of Luke losing, the General will be forfeited. 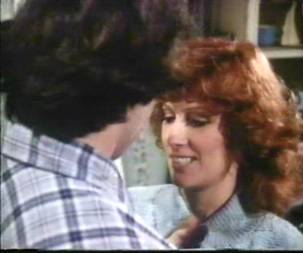 You can tell that this is a First Season episode, as several of the main players are distinctly out of character.  In particular Luke, as he comes across unashamedly male chauvinist and slow witted.

The 'big build-up' to the race is effective and entertaining, with all the competitors shown to have strong personal incentives for winning; but the event itself is over far too soon.

Amy Creevy and Francis Lee Olmstead are terrific characters and ought to have appeared again.

A down-on-his-luck farmer (conned by Boss Hogg) attempts to get his just reward.

This is a terribly slight story, stretched out to breaking point.

It's very funny in places, but you know exactly what's going to happen from two minutes in. The very sparse amount of action doesn't help, either.

BEST STUNT   The General's first 'wheelie' is a classic, but about the only piece of excitement the episode has to offer.

LIMO ONE IS MISSING.

Cooter falls in love with President Jimmy Carter's Limousine and drives away in it.

Well, I suppose it must have seemed a good idea at the time; but it's now terribly dated and gruesomely un-funny. Another shaky First Season episode where everyone acts out of character and nothing very much seems to happen (the Finale is crushingly anti-climactic). Is that 'hic-cupping gag' actually supposed to be funny?

BEST STUNT The General's jump near the start ended up in the opening titles of the show from Season 2 onward.

As payback for a misdemeanour, Bo and Luke are forced into becoming Boss Hogg's Deputies and assigned an 'impossible' job. 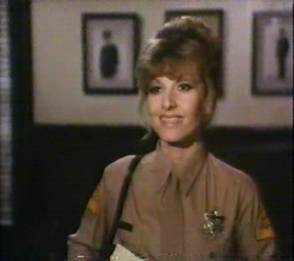 One of the all-time classics. By Episode 10,the writers and producers were clearly feeling confident enough to take liberties with the regular characters and Bo and Luke are used splendidly here. Indeed, they rise to the occasion and show (Luke particularly) just what strong creations they've become. The storyline is well thought-out, twisting and funny; the performances first-class; the action copious and of a very high standard; and the whole episode is vastly entertaining and moves along at a fair old pace. 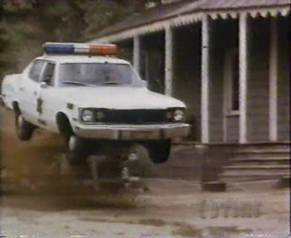 ROSCO MOMENT   His reaction to a naked Bo and Luke is priceless!

BEST STUNT   Many to choose from here, but it has to be the enemy car taking evasive action to avoid the Ambulance.

The first episode from the writing team of Raynor and Wilder, this is typical of their output: i.e. plenty of physical comedy; a 'get-rich-quick scheme for Boss Hogg' storyline; 3 or 4 car chases; and a comedy punch-line ending.

It's no better or worse than the rest of their output and passes the time agreeably enough.

BEST STUNT   The opening chase sequence is fast and furious.

This is one of those storylines that probably wouldn't (alas) have made it into production from Season 2 onwards, as it's just a little off-kilter for a Dukes plot; but very agreeable it is, too. The basic concept is a good one (the writer, Fred Freiberger, was one of the great unsung 'workmen' of American TV in the 60's and 70's) and it's well realised. Uncle Jesse shines and the female villain is used well.

Unfortunately, it's all a bit sedentary otherwise; especially as the General is forced into Cooter's Garage at the very start of the episode and never properly appears again.

ROSCO MOMENT   Attempting to communicate with Enos, who is actually Luke, while hiding under a tablecloth. It makes sense when you actually see it!

A fake disease causes most of the major characters to be holed up inside the Jailhouse.

Gy Waldron's script for the last episode of the first Season demonstrates very effectively just what changes had taken place since Episode 1. This is a 'high comedy' episode, with plenty of slapstick and Laurel and Hardy references (which sit rather uneasily with the kidnapping plot) and very broad comedy playing from all concerned. It's a fun story without a doubt (and contains probably the best chase sequence in any American TV Series) but is no classic. BEST STUNT   One of the greatest car stunts of all time: The General jumps the River.

This actually broke the existing car-jump 'greatest distance' record and was shamelessly re-used twice more in the series (as well as in the first Feature Film).  An iconic image.